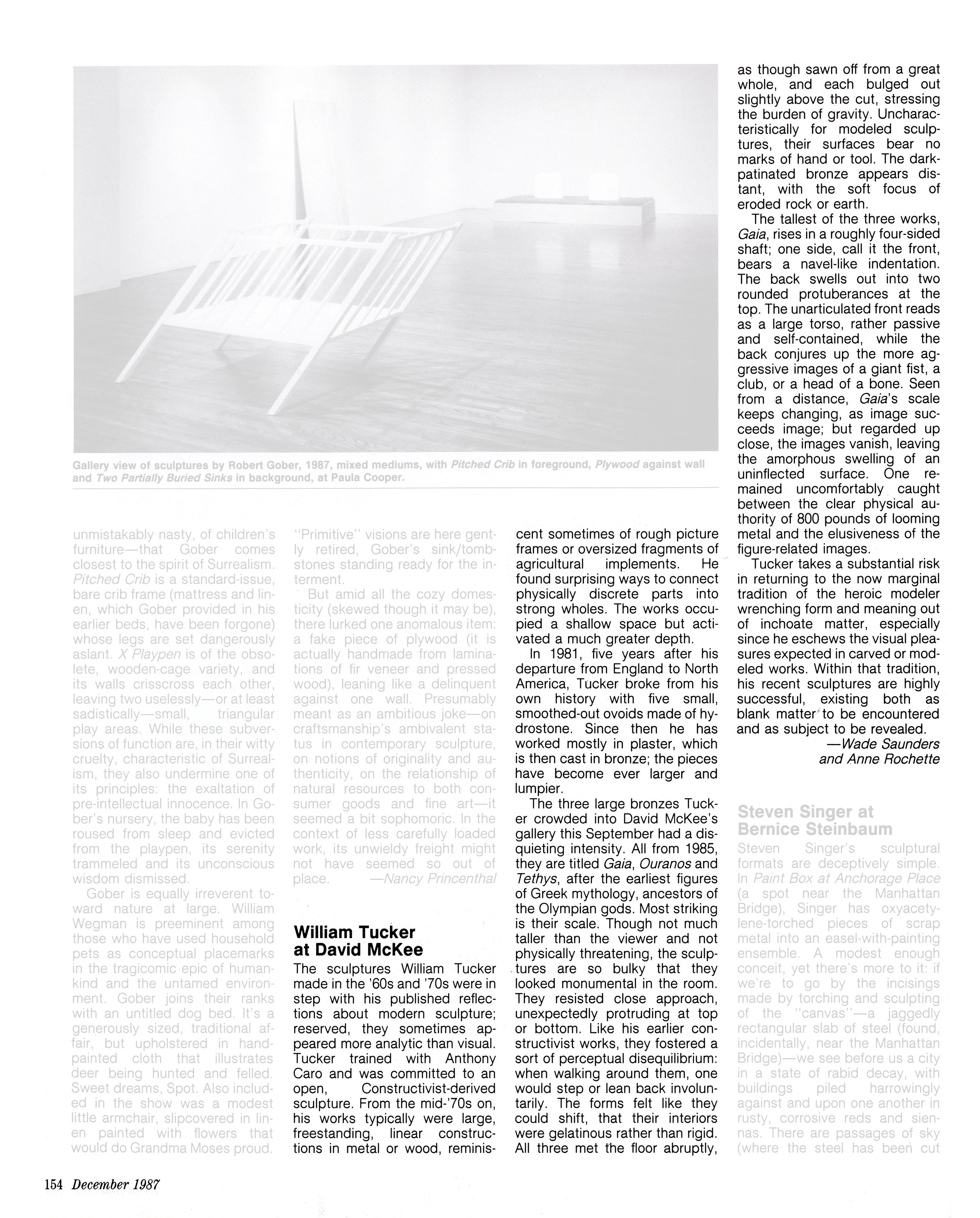 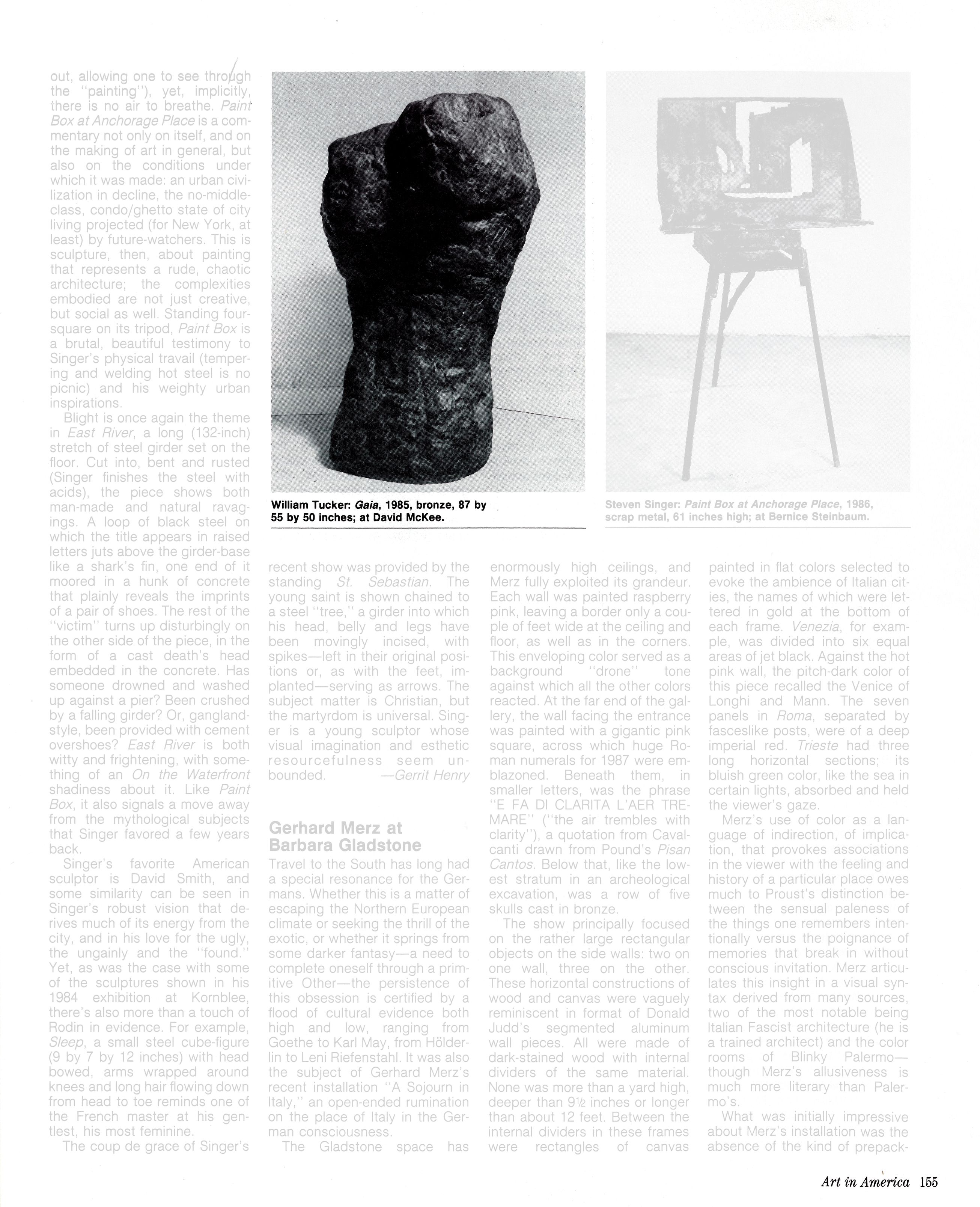 The sculptures William Tucker made in the ’60s and ’70s were in step with his published reflections about modern sculpture; reserved, they sometimes appeared more analytic than visual. Tucker trained with Anthony Caro and was committed to an open, Constructivist-derived sculpture. From the mid-’70s on, his works typically were large, freestanding, linear constructions in metal or wood, reminiscent sometimes of rough picture frames or oversized fragments of agricultural implements. He found surprising ways to connect physically discrete parts into strong wholes. The works occupied a shallow space but activated a much greater depth.

In 1981, five years after his departure from England to North America, Tucker broke from his own history with five small, smoothed-out ovoids made of hydrostone. Since then he has worked mostly in plaster, which is then cast in bronze; the pieces have become ever larger and lumpier.

The three large bronzes Tucker crowded into David McKee’s gallery this September had a disquieting intensity. All from 1985, they are titled Gaia, Ouranos and Tethys, after the earliest figures of Greek mythology, ancestors of the Olympian gods. Most striking is their scale. Though not much taller than the viewer and not physically threatening, the sculptures are so bulky that they looked monumental in the room. They resisted close approach, unexpectedly protruding at top or bottom. Like his earlier constructivist works, they fostered a sort of perceptual disequilibrium: when walking around them, one would step or lean back involuntarily. The forms felt like they could shift, that their interiors were gelatinous rather than rigid. All three met the floor abruptly, as though sawn off from a great whole, and each bulged out slightly above the cut, stressing the burden of gravity. Uncharacteristically for modeled sculptures, their surfaces bear no marks of hand or tool. The dark-patinated bronze appears distant, with the soft focus of eroded rock or earth.

The tallest of the three works Gaia, rises in a roughly four-sided shaft; one side, call it the front, bears a navel-like indentation. The back swells out into two rounded protuberances at the top. The unarticulated front reads as a large torso, rather passive and self-contained, while the back conjures up the more aggressive images of a giant fist, a club, or a head of a bone. Seen from a distance, Gaia’s scale keeps changing, as image succeeds image; but regarded up close, the images vanish, leaving the amorphous swelling of an uninflected surface. One remained uncomfortably caught between the clear physical authority of 800 pounds of looming metal and the elusiveness of the figure-related images.

Tucker takes a substantial risk in returning to the now marginal tradition of the heroic modeler wrenching form and meaning out of inchoate matter, especially since he eschews the visual pleasures expected in carved or modeled works. Within that tradition, his recent sculptures are highly successful, existing both as blank matter to be encountered and as subject to be revealed.