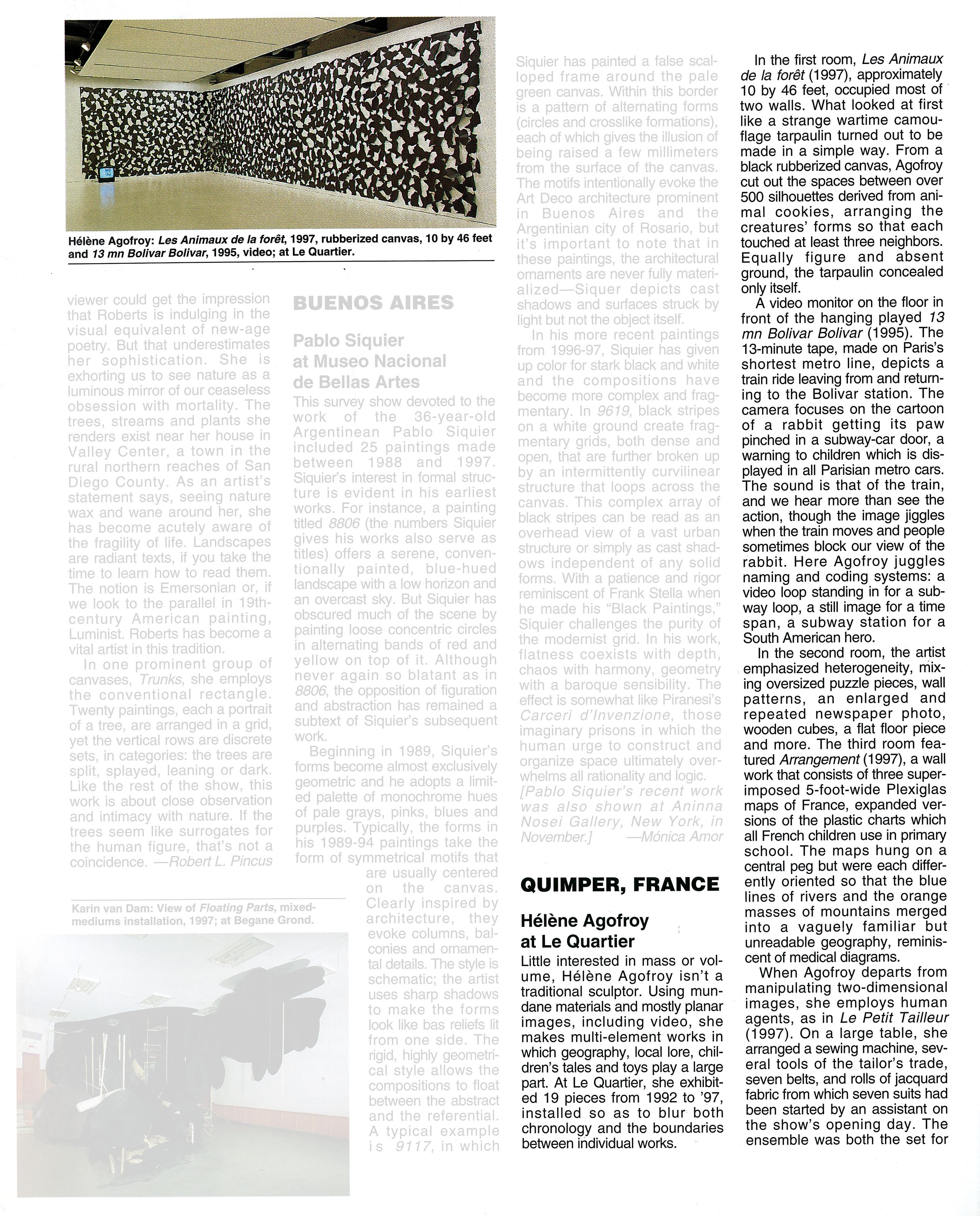 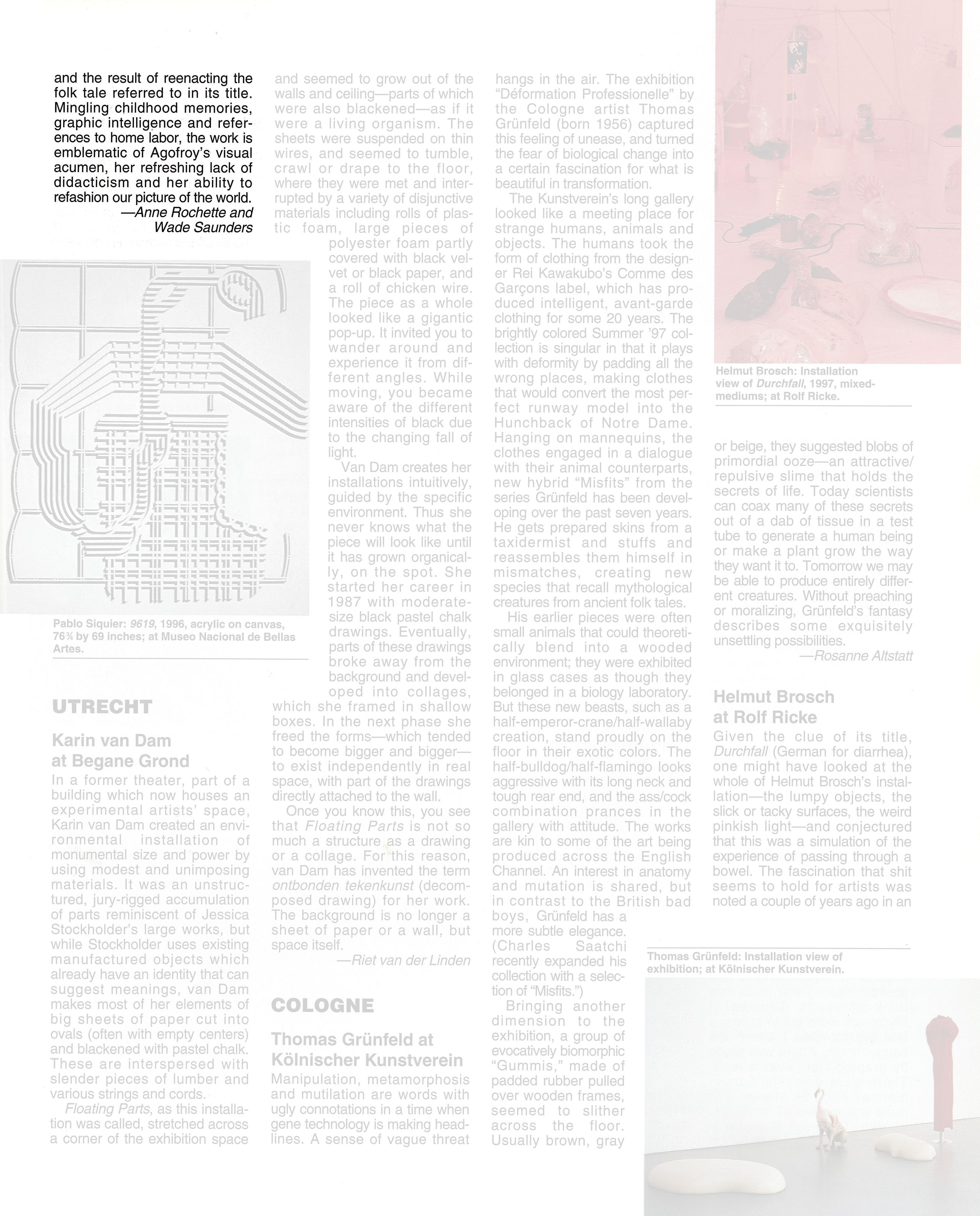 Little interested in mass or volume, Helene Agofroy isn’t a traditional sculptor. Using mundane materials and mostly planar images, including video, she makes multi-element works in which geography, local lore, children’s tales and toys play a large part. At Le Quartier, she exhibited 19 pieces from 1992 to ’97, installed so as to blur both chronology and the boundaries between individual works.

In the first room, Les Animaux de la forêt (1997), approximately 10 by 46 feet, occupied most of two walls. What looked at first like a strange wartime camouflage tarpaulin turned out to be made in a simple way. From a black rubberized canvas, Agofroy cut out the spaces between over 500 silhouettes derived from animal cookies, arranging the creatures’ forms so that each touched at least three neighbors. Equally figure and absent ground, the tarpaulin concealed only itself.

A video monitor on the floor in front of the hanging played 13 mn Bolivar Bolivar (1995). The 13-minute tape, made on Paris’s shortest metro line, depicts a train ride leaving from and returning to the Bolivar station. The camera focuses on the cartoon of a rabbit getting its paw pinched in a subway-car door, a warning to children which is displayed in all Parisian metro cars. The sound is that of the train, and we hear more than see the action, though the image jiggles when the train moves and people sometimes block our view of the rabbit. Here Agofroy juggles naming and coding systems: a video loop standing in for a subway loop, a still image for a time span, a subway station for a South American hero.

In the second room, the artist emphasized heterogeneity, mixing oversized puzzle pieces, wall patterns, an enlarged and repeated newspaper photo, wooden cubes, a flat floor piece and more. The third room featured Arrangement (1997), a wall work that consists of three superimposed 5-foot-wide Plexiglas maps of France, expanded versions of the plastic charts which all French children use in primary school. The maps hung on a central peg but were each differently oriented so that the blue lines of rivers and the orange masses of mountains merged into a vaguely familiar but unreadable geography, reminiscent of medical diagrams.

When Agofroy departs from manipulating two-dimensional images, she employs human agents, as in Le Petit Tailleur (1997). On a large table, she arranged a sewing machine, several tools of the tailor’s trade, seven belts, and rolls of jacquard fabric from which seven suits had been started by an assistant on the show’s opening day. The ensemble was both the set for and the result of reenacting the folk tale referred to in its title. Mingling childhood memories, graphic intelligence and references to home labor, the work is emblematic of Agofroy’s visual acumen, her refreshing lack of didacticism and her ability to refashion our picture of the world.