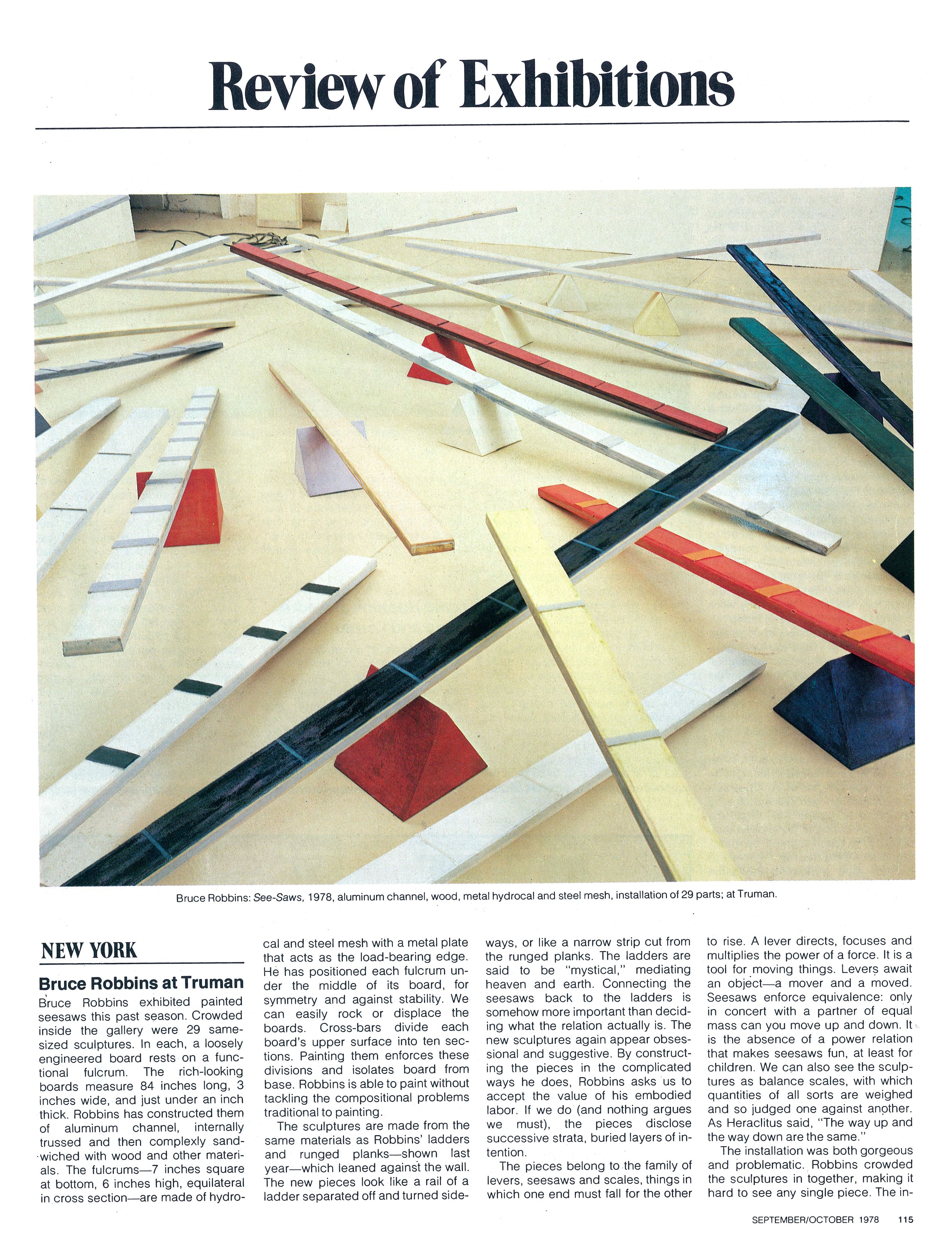 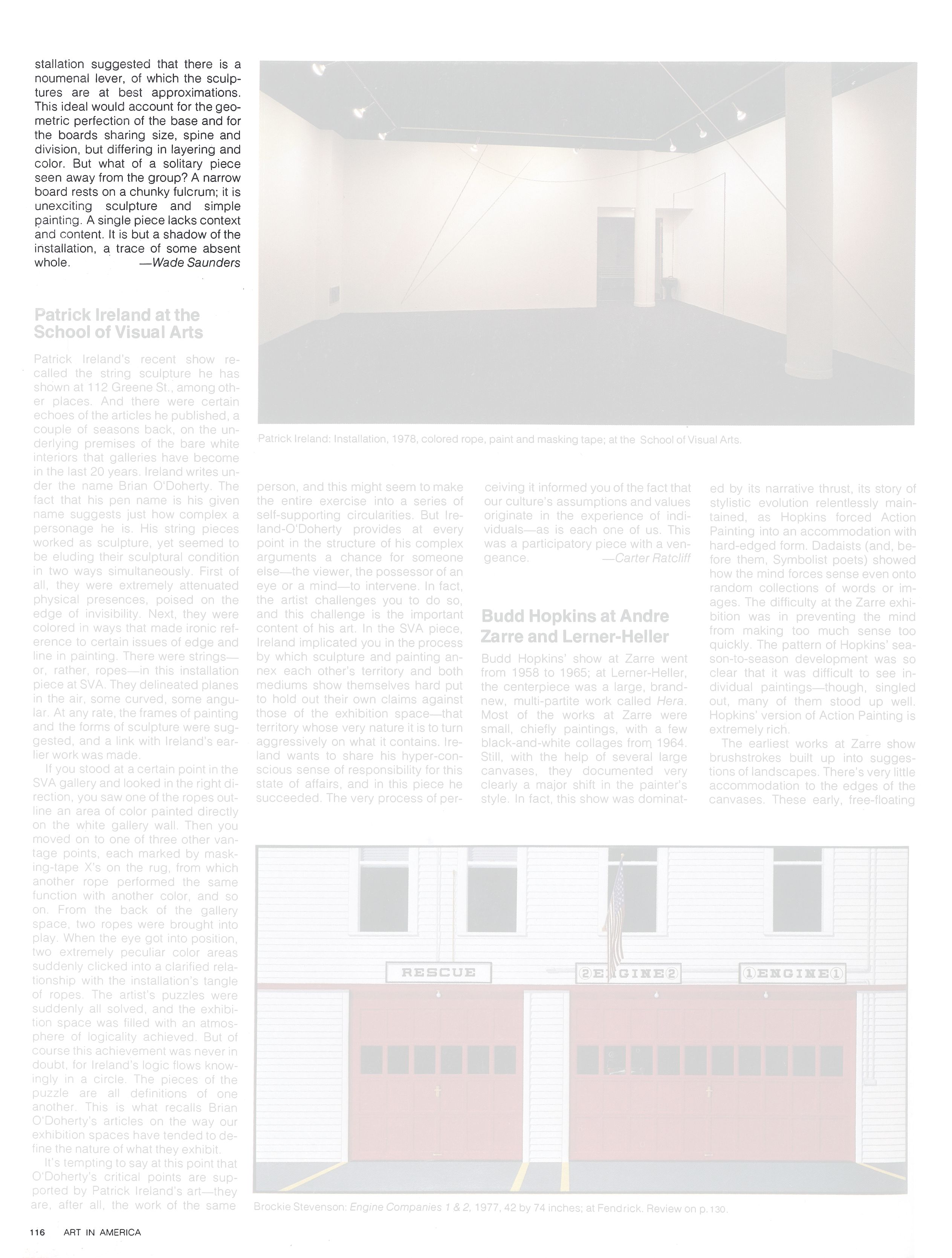 Bruce Robbins exhibited painted seesaws this past season. Crowded inside the gallery were 29 same-sized sculptures. In each, a loosely engineered board rests on a functional fulcrum. The rich-looking boards measure 84 inches long, 3 inches wide, and just under an inch thick. Robbins has constructed them of aluminum channel, internally trussed and then complexly sandwiched with wood and other materials. The fulcrums—7 inches square at bottom, 6 inches high, equilateral in cross section—are made of hydrocal and steel mesh with a metal plate that acts as the load-bearing edge. He has positioned each fulcrum under the middle of its board, for symmetry and against stability. We can easily rock or displace the boards. Cross-bars divide each board’s upper surface into ten sections. Painting them enforces these divisions and isolates board from base. Robbins is able to paint without tackling the compositional problems traditional to painting.

The sculptures are made from the same materials as Robbins’ ladders and runged planks—shown last year—which leaned against the wall. The new pieces look like a rail of a ladder separated off and turned sideways, or like a narrow strip cut from the runged planks. The ladders are said to be “mystical,” mediating heaven and earth. Connecting the seesaws back to the ladders is somehow more important than deciding what the relation actually is. The new sculptures again appear obsessional and suggestive. By constructing the pieces in the complicated ways he does, Robbins asks us to accept the value of his embodied labor. If we do (and nothing argues we must), the pieces disclose successive strata, buried layers of intention.

The pieces belong to the family of levers, seesaws and scales, things in which one end must fall for the other to rise. A lever directs, focuses and multiplies the power of a force. It is a tool for moving things. Levers await an object—a mover and a moved. Seesaws enforce equivalence: only in concert with a partner of equal mass can you move up and down. It is the absence of a power relation that makes seesaws fun, at least for children. We can also see the sculptures as balance scales, with which quantities of all sorts are weighed and so judged one against another. As Heraclitus said, “The way up and the way down are the same.”

The installation was both gorgeous and problematic. Robbins crowded the sculptures in together, making it hard to see any single piece. The installation suggested that there is a noumenal lever, of which the sculptures are at best approximations. This ideal would account for the geometric perfection of the base and for the boards sharing size, spine and division, but differing in layering and color. But what of a solitary piece seen away from the group? A narrow board rests on a chunky fulcrum; it is unexciting sculpture and simple painting. A single piece lacks context and content. It is but a shadow of the installation, a trace of some absent whole.