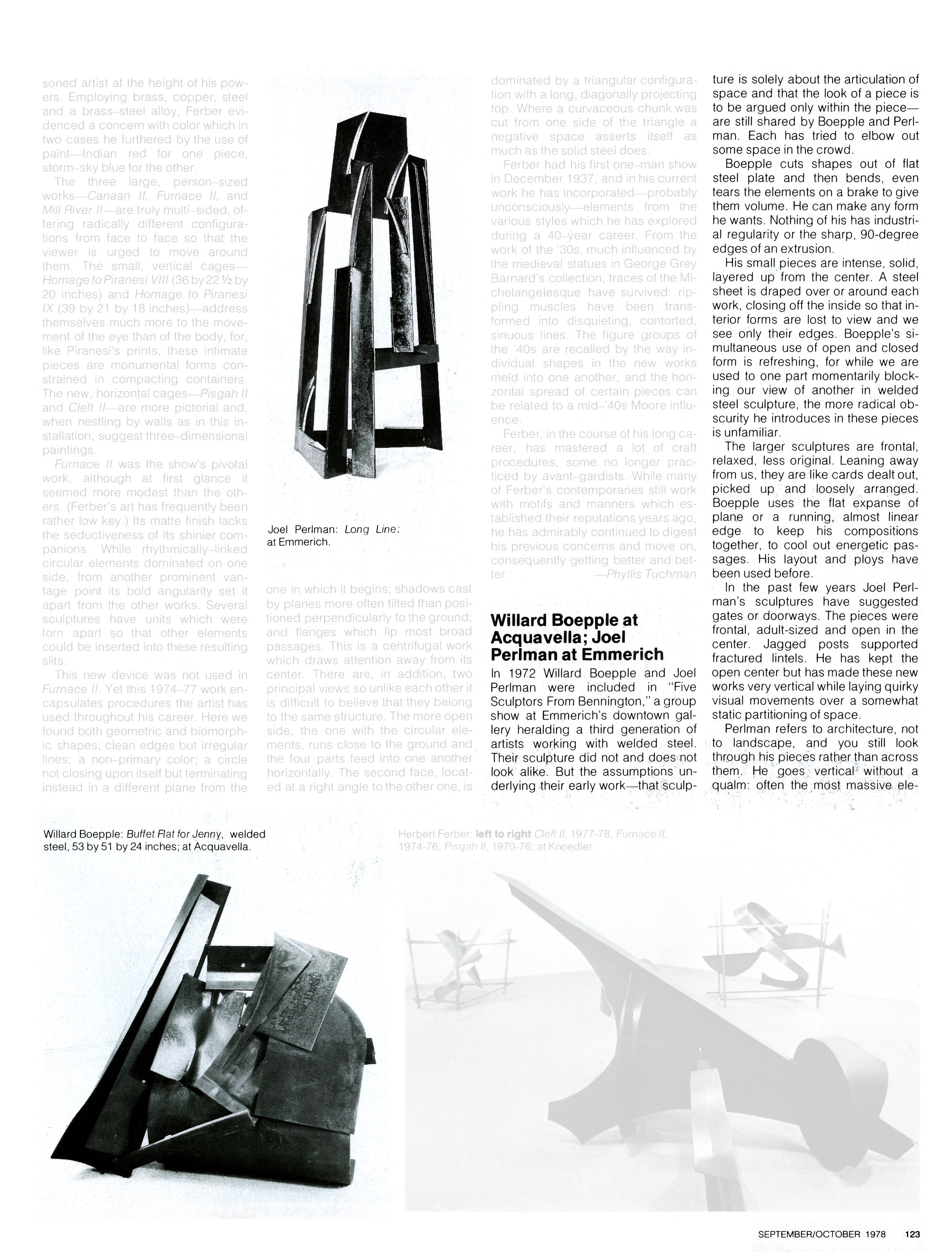 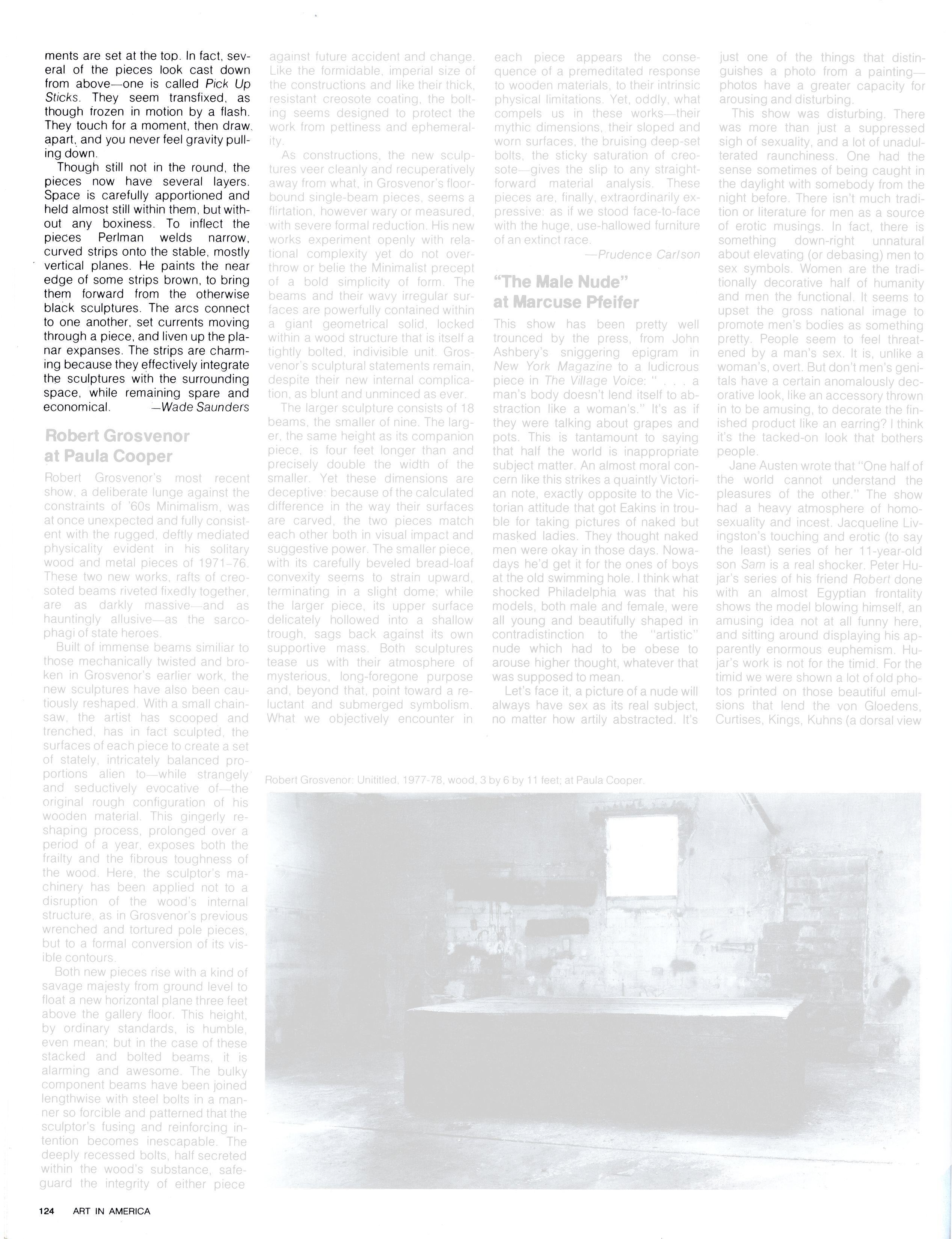 In 1972 Willard Boepple and Joel Perlman were included in “Five Sculptors From Bennington,” a group show at Emmerich’s downtown gallery heralding a third generation of artists working with welded steel. Their sculpture did not and does not look alike. But the assumptions underlying their early work—that sculpture is solely about the articulation of space and that the look of a piece is to be argued only within the piece–are still shared by Boepple and Perlman. Each has tried to elbow out some space in the crowd.

Boepple cuts shapes out of flat steel plate and then bends, even tears the elements on a brake to give them volume. He can make any form he wants. Nothing of his has industrial regularity or the sharp, 90-degree edges of an extrusion.

His small pieces are intense, solid, layered up from the center. A steel sheet is draped over or around each work, closing off the inside so that interior forms are lost to view and we see only their edges. Boepple’s simultaneous use of open and closed form is refreshing for while we are used to one part momentarily blocking our view of another in welded steel sculpture, the more radical obscurity he introduces in these pieces is unfamiliar.

The larger sculptures are frontal, relaxed, less original. Leaning away from us, they are like cards dealt out, picked up and loosely arranged. Boepple uses the flat expanse of plane or a running, almost linear edge to keep his compositions together, to cool out energetic passages. His layout and ploys have been used before.

In the past few years Joel Perlman’s sculptures have suggested gates or doorways. The pieces were frontal, adult-sized and open in the center. Jagged posts supported fractured lintels He has kept the open center but has made these new works very vertical while laying quirky visual movements over a somewhat static partitioning of space.

Perlman refers to architecture, not to landscape, and you still look through his pieces rather than across them. He goes vertical without a qualm: often the most massive elements are set at the top. In fact, several of the pieces look cast down from above—one is called Pick Up Sticks. They seem transfixed, as though frozen in motion by a flash. They touch for a moment, then draw apart, and you never feel gravity pulling down.

Though still not in the round, the pieces now have several layers. Space is carefully apportioned and held almost still within them, but without any boxiness. To inflect the pieces Perlman welds narrow, curved strips onto the stable, mostly vertical planes. He paints the near edge of some strips brown, to bring them forward from the otherwise black sculptures. The arcs connect to one another, set currents moving through a piece, and liven up the planar expanses. The strips are charming because they effectively integrate the sculptures with the surrounding space, while remaining spare and economical.